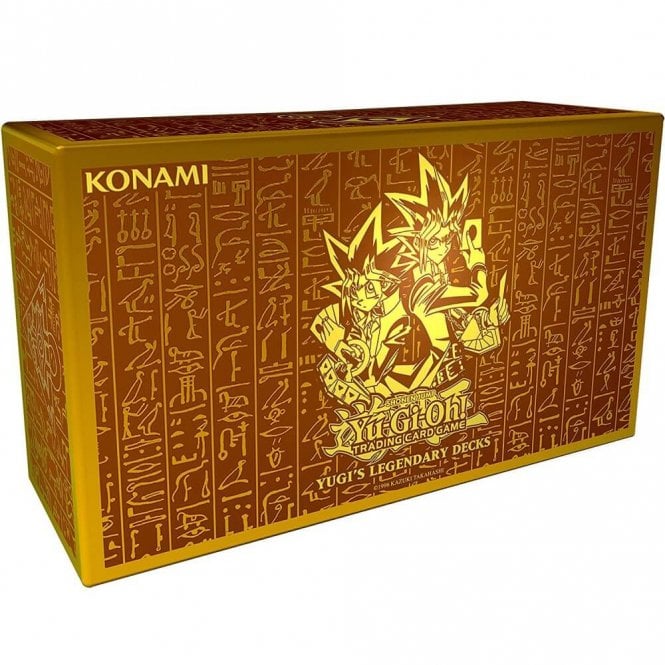 Code: YUYGLDBOX
Loading...
+ In Stock Now Item in Stock Item out of Stock | Order before 3 pm for same-day dispatch

Players can re-live the memorable Duelist Kingdom and Battle City storylines with the Decks that Yugi used to defeat his rivals, rescue his Grandpa from Pegasus, protect the Pharaoh's legacy, and save the entire world from the maniacal menace of Marik! Filled with iconic cards such as Black Luster Solider, all five pieces of Exodia, the Forbidden One, Valkyrion the Magna Warrior, and the special, long-awaited Arkana-style Dark Magician, Duelists new and old can finally call these Decks their very own with Yugi's Legendary Decks!