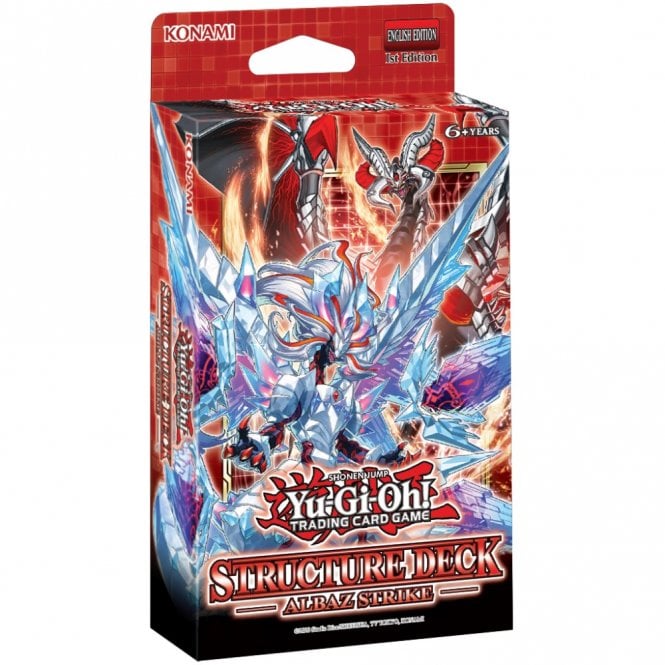 Code: YUSDAZ-DECK
Loading...
+ In Stock Now Item in Stock Item out of Stock | Order before 3 pm for same-day dispatch

Dive into the story of Fallen of Albaz in the Structure Deck: Albaz Strike! Originally from Rise of the Duelist, Fallen of Albaz has been a central character in the storyline that’s played out on the cards since then and has taken on many different dragonic Fusion Monster forms.

This Structure Deck is built around Fallen of Albaz’s powerful Fusion Summoning effect that lets him absorb enemy monsters into himself to transform and includes multiple new Fusion forms to further expand his power! You’ll also get new Tri-Brigade and Springan monsters who fought alongside Fallen of Albaz on his journey. Old favorites from Phantom Rage and Blazing Vortex also return to enter the fray!

Structure Deck: Albaz Strike has 5 total special Tokens that you can use as whatever type of Token you need. In addition to the new art made specially for these Tokens, which can let you dig further into the stories of Fallen of Albaz!

The story continues for Fallen of Albaz, so make sure to keep an eye out for cards in Burst of Destiny and Battles of Chaos for additional support!