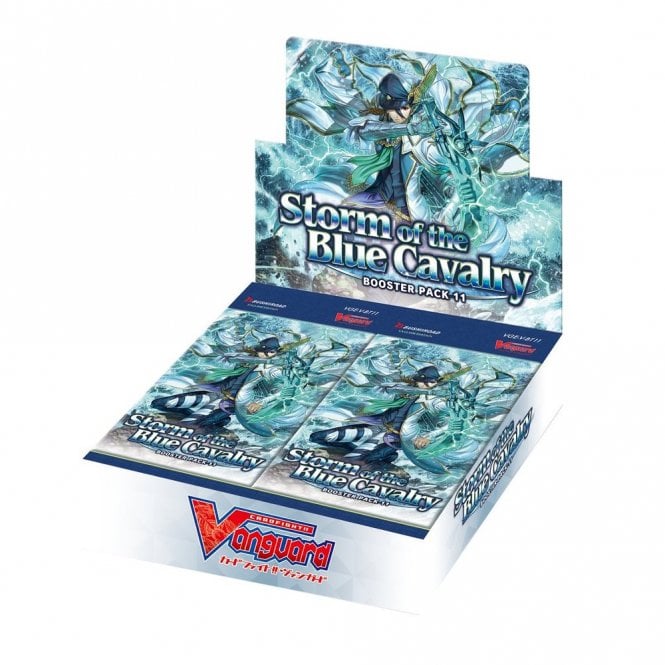 Code: CFVV-BT11BOX
Loading...
+ In Stock Now Item in Stock Item out of Stock | Order before 3 pm for same-day dispatch

For the Aqua Force clan, the ever-popular Grade 4 "Marine General of Heavenly Silk, Lambros" and Grade 3 "One Who Surpasses the Storm, Thavas" make a return in this product! Recreate Jaime's fights and push through, with the force of these two units' linked attacks!!

The special treatment rarity, known as "ASR - Another Secret Rare", continues in this product too! "Blue Storm Dragon, Maelstrom" and "Blue Storm Supreme Dragon, Glory Maelstrom" will be randomly included; do keep a lookout for them!

Esuka's new card, "Sage-saint Mentor of Black Lacquer, Isabelle", gets a power up for its lottery ability, and you can pair it with the ability of "Holy Great Sage of Black Shadows, Isabelle"!

Ratio of VR/RRR is increased!

Rates of opening a RR or above card in a single pack are:

Code:
Be the first to review Cardfight!! Vanguard Storm of the Blue Cavalry V-BT11 | Booster Box of 16 Packs. Write a review