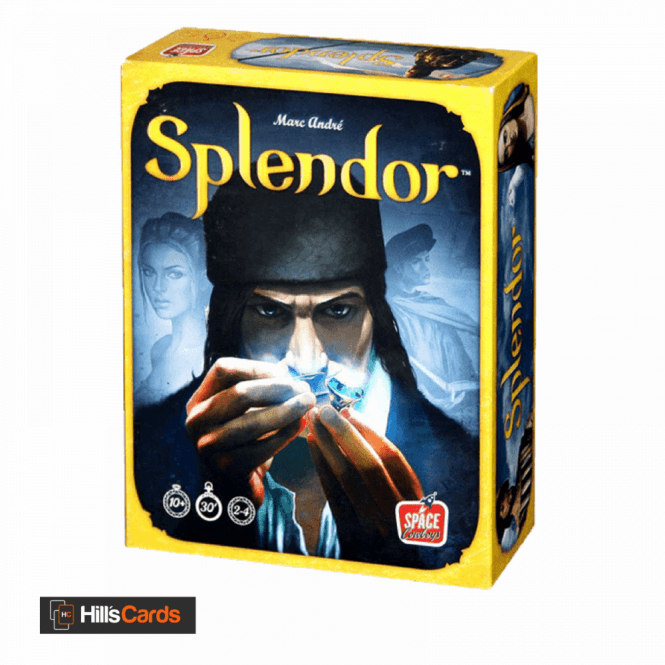 Code: VDAMASMSCSPL01US
Loading...
+ In Stock Now Item in Stock Item out of Stock | Order before 3 pm for same-day dispatch

Please note: These games are being sold at a clearance price due to the box being crushed on one corner and the side (see product images). The contents of the game are not damaged and all of these games are still sealed

"And I as rich in having such a jewel As twenty seas, if all their sand were pearl, The water nectar and the rocks pure gold." -William Shakespeare

Two Gentlemen of Verona The European Renaissance opened up more ways of becoming rich than the continent had ever known before. New frontiers were emerging throughout America, Africa, and Asia. Global trade routes became a reality. Nobles once content with large castles and fur robes now sought dark sapphires and glittering diamonds. Craftsmen ceased working with iron and began shaping gold; merchants turned their attention away from spices and towards gemstones.

Take on the role of a Renaissance merchant striving to become rich in Splendor, a fast, elegant, and intuitive game for two to four players. You begin by collecting raw gems, then use those to fund the development of mines throughout the world. Once you've mined more gemstones, you will need the means to transport them, artisans to shape them, and finally a storefront where you can sell your polished jewels. If you produce exactly the right jewellery, a powerful noble may become your patron. The player whose jewellery business earns the most prestige wins!