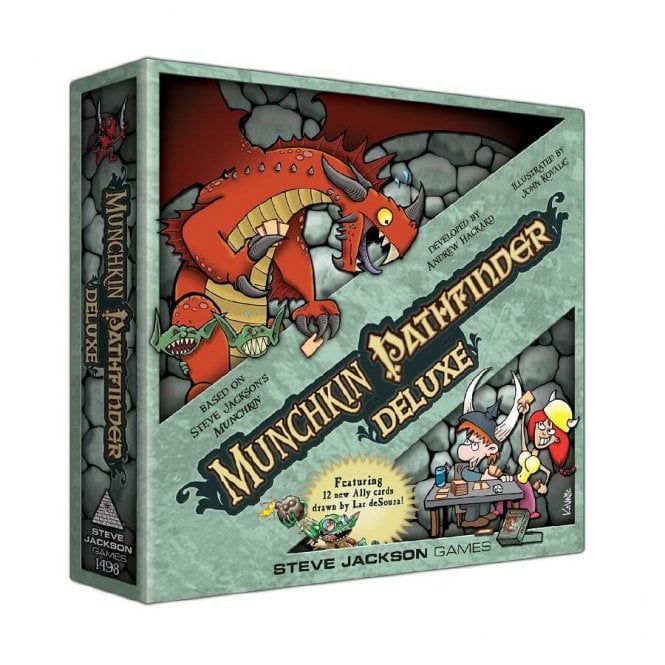 Try out new classes like Alchemist and Witch. Join a faction to become an Eagle Knight or a Red Mantis Assassin. Arm yourself with the T-Bone Stake and the Armor of Insults. You’ll need them to defeat the Ghoul Friday, the Whispering Tyrant, and especially Lamashtu, the Mother of Monsters. But first you’ll have to fight your way through all those goblins . . . and kill them and take their stuff.

What makes this edition "deluxe"? It's got a big gameboard to keep your cards in place, and twelve player standies with plastic stands that you move on the gameboard as you level up!

Go down in the dungeon. Kill everything you meet. Backstab your friends and steal their stuff. Grab the treasure and run.
Admit it. You love it.

Fast-playing and silly, Munchkin Pathfinder can reduce any roleplaying group to hysteria. And, while they're laughing, you can steal their stuff.

Award-winning card game, designed by Steve Jackson
It Captures the essence of the dungeon experience... with none of the roleplaying stuff