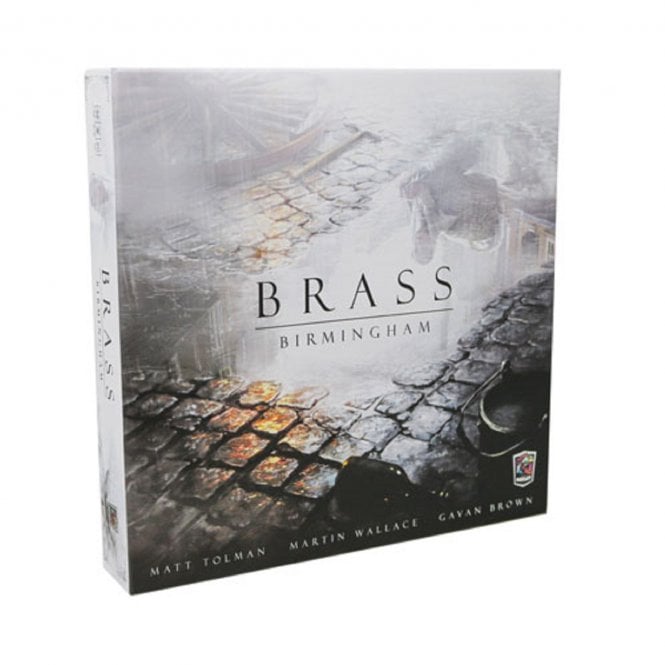 As one of highlight releases in 2018, Brass Birmingham is a master class in economic strategy gaming. As a sequel to Martin Wallace’s original game Brass, this release focuses on the industrial expansion across the midlands of the UK over 100 hundred years up until the end of the 19th Century.

The quality of the components in unquestionable and the double-sided board, featuring day and night time alternatives is stunning to look at. Roxley’s Brass Birmingham is a gorgeously historic game that captivates and enthrals gamers looking for an involving dynamic strategy title.

The game is split into two halves, the Canal era and the rail era. This gives the player a chance to evolve their industry and claim victory points at the end of each half. The winner is the player with the most at the end of the second era.

As a sister release to Brass Lancashire, it takes original idea of building Iron, Coal and Cotton industries and also adds Brewing to the mix as beer is needed to move goods across the board. Reacting to the ebb and flow of market demands, players must maintain a close eye on the competition and take advantage of connections where possible. In Brass Birmingham, building new factories increases the network connections between cities to sell their manufactured goods. There are many subtle rule changes between this and the 2007’s Brass, adding new options without impacting on the overall complexity. Possible paths to victory have been tweaked and tactics amended to allow for a completely new experience, even for veteran players.

As a companion to Brass Lancashire it offers a rewarding alternative whilst remaining a familiar journey. Fans of the original are spoilt for choice when it comes to playing these updated modern masterpieces.

Be the first to review Roxley Games Brass Birmingham Board Game | ROX402. Write a review