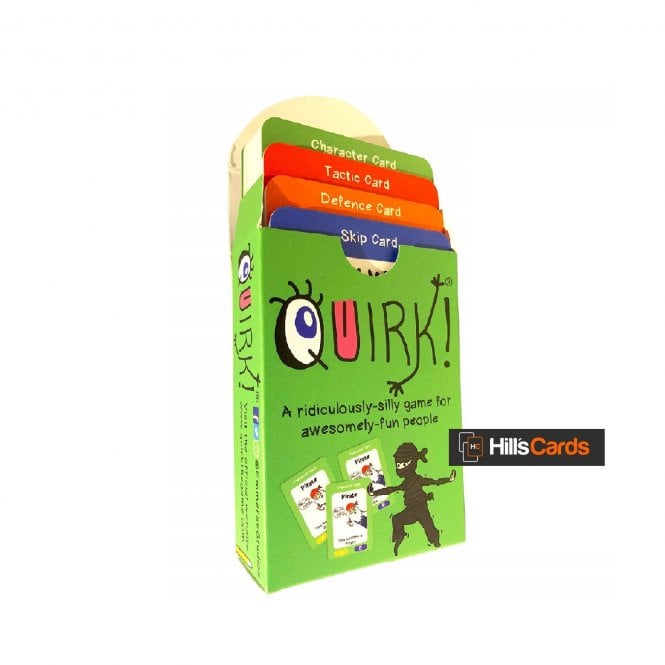 Your aim is to win as many Quirks as possible (sets of 3 characters) by acting out the characters you wish to win! Use red Tactic cards to steal your opponents cards too, in a bid to prove you are the quirkiest! Defend your Quirks with orange cards or use blue cards to skip your opponents turn and stop them asking for characters! Mwahahahaa!

Quirk! The Family Game is a base game to the Quirk! series, including animals such as Cows, Sheep, Dogs, Cats and more, as well as Pirates, Ninjas and SuperModels!

Be the first to review Emmerse Studios Quirk! - A Ridiculously Silly Game for Awesomely Fun People - Card Board, Family. Write a review